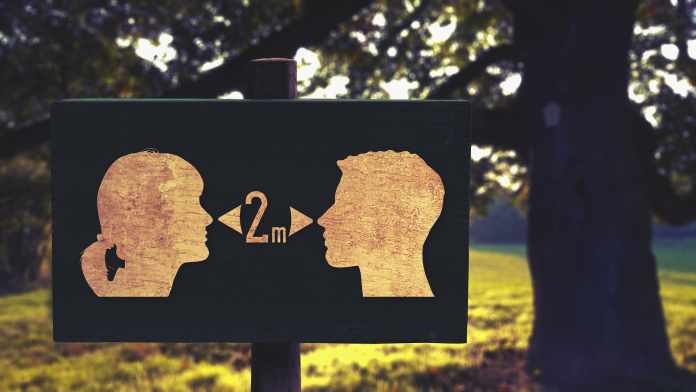 The Centers for Disease Control and Prevention or CDC deletes airborne COVID-19 guidance abruptly on Monday, September 21. Later, the organization reverts to its earlier post that speaks about the transmission of coronavirus. However, there is no longer the mention of airborne information in the article posted a couple of days back. CDC spokesperson Jason McDonald was quick enough to address this issue.

He mentions that it was a draft version of probable changes that was posted in error. The post appeared on CDC’s official website, and that they are still finalizing the final draft. The future article will consist of guidelines regarding the airborne transmission of SARS-CoV-2. It is the same virus that causes COVID-19. McDonald assures that once they complete the draft’s finalizing procedure, they will officially announce their official website.

The guidance by CDC acknowledging airborne transmission was posted quietly on Friday, September 18. When CNN became the first news channel to notice the alteration, CDC chose to speak to it soon. They announced their decision to revert to their earlier guidelines until the release of newer articles. Later, a federal official who knows the entire situation said that the whole problem was not due to any political pressure. It was a mistake by the CDC officials.

When CDC deletes airborne COVID-19 guidance, it came under the limelight and faced several questions. Trying to clarify the situation, an agency spokesperson says that the media are misinterpreting aerosol transmission. According to them, the problem is possible. However, it is undoubtedly not the primary method of communication. Besides, they are also confessing that it was a mistake from there side as well. The way the explanation was present in the article is confusing. It seems that the experts are suggesting aerosol transmission as one of the most common methods, which is not valid. The revision process is also on, although there is no assurance regarding when the final draft will come out.

What was there in CDC’s new update?

Several studies suggest that coronavirus can spread via tiny airborne particles. However, the CDC agency wants to stick to their old theory, which says otherwise. The CDC experts still believe that the virus can only spread when people are in close contact. Contamination is possible only when a person sneezes, talks, or coughs within a distance of 6ft. As a result, there is a release of respiratory droplets that further blend with particles in the air. Now, when another person inhales the same air, the same droplets may enter the respiratory system and cause COVID-19. Therefore, CDC is sticking to the same concept as it was a couple of months back.

In the article mistakenly posted on Friday, September 18, CDC came up with extra information and the existing theory. While the virus indeed spreads through droplets when people are in close contact, there are other ways in which contamination can occur. For example, the virus can spread through tiny airborne particles or aerosols that release from an infected person’s mouth. It remains in the air and can cover a distance of more than 6feet to enter another person’s body. As a result, the infection may occur when inhalation happens through the mouth, nose, lungs, or airways. According to the agency’s language, this is the primary way of contamination presently.

According to the CDC’s new update that was abruptly taken down, it is clear that the agency has new safety guidelines. For example, they are recommending the use of air purifiers to eradicate airborne particles and germs. Besides, social distancing measures will be the strictest restriction now. The official website of the CDC now also states that asymptomatic people are also capable of spreading infection.

READ  COVID Vaccine for Pregnant Women: Is It Safe or Not?

Scientists are eagerly waiting for the approval of the new statement

Several experts and scientists believe that coronavirus transmission is possible via tiny airborne particles. Earlier, in July, over 200 scientists came with a petition for the consideration of the concept. Since then, they are urging public health organizations, including the WHO, to clarify the idea of transmission to the public. The scientists want people to understand that contamination chances are very high through airborne droplets. A Professor of environmental health at the University of Maryland expresses his happiness regarding CDC’s update. However, Prof. Donald Milton mentions that it is a genuine mistake at the end of the CDC. Besides, it is evident when you check the other parts of their website that have no changes to match the new updates.

Milton says he is happy because CDC’s new theory matches his observations, and the science application is more vigorous this time. It is also comforting to see that the agency is applying upgraded knowledge to incorporate the information in their latest statements. Also, it is a good thing if the general public learns about aerosol transmission. There are several effective ways to control the same, and learning about the concept will help aggravate actions.

After removing the new updates from the agency’s official website, there was a lot of speculation regarding political pressure. However, CDC officials put all rumors to rest by addressing the concern and revealing the truth. They clarified that the posted language was an unverified draft that is yet to undergo a testing process. Presently, everyone is waiting to verify the new statement because it can be a game-changer in the fight against COVID-19.

South Africa Coronavirus Variant: What You Need to Know

COVID Vaccine for Pregnant Women: Is It Safe or Not?

Top 5 Benefits of Getting a Small Compact Elliptical Trainer

Now more than ever, every man and woman needs to lead a healthy lifestyle. Keeping fit and eating properly are...