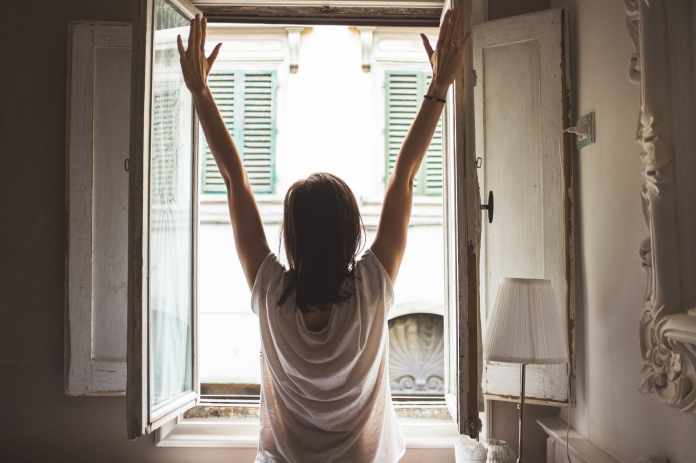 The German government is embracing ventilating rooms to ward off coronavirus and manage it better. The air hygiene experts of the country asked the government to make this official for months. The latest updates give them a sigh of relief, as their strategy was accepted as it works.

The Germans have a habit of opening their windows two times a day. They follow this like a custom and even do it during winters. Many times, the requirement is mandatory in rental agreements to prevent bad smell and molds.

Angela Merkel, the Chancellor of Germany, said that the approach might look primitive, but it is cheap and effective. The custom can help people anywhere in the world to reduce the spread of the virus.

How can ventilating rooms keep the virus away?

Merkel stressed the importance of following the government guidelines to handle the virus spread. She said that distancing, face covering, and hygiene are the three most important aspects. They extend their ‘AHA’ to ‘AHACL,’ where C stands for coronavirus warning by the government, and L for Lüften (ventilating rooms). With constant ventilation in public and private rooms, there are fewer chances of danger from virus spread.

Stosslüften or impact ventilation is what Germany is preaching the whole world. It is a term used by air hygiene experts and involves opening windows every morning and evening. People across the globe should do this even for five minutes. It helps air circulation and let the virus keep away, unlike closed spaces.

The process of cross ventilation, known as Querlüften in German, is even better for this strategy. In this case, all the windows in an apartment are opened to let the stale airflow out and allow fresh to come in.

How can the German practice of ventilating rooms reduce the rate of infections?

German windows are usually designed with hinge technology, allowing residents to open the windows in any direction. It also varies in degrees that help impact ventilation work.

After several months into the pandemic, we know that people staying indoors have more chances of getting infected. Since winter is around the corner, it is more important for people to take measures against the spread.

Christian Drosten, the leading coronavirus expert from Germany, shared an edition of a pandemic podcast. He is also the head virologist from Charité hospital, Berlin, and explains a lot about air rarefaction and circulation in his podcast. Through his podcasts, he talks about frequent airing that helps people follow the practice all the more.

The weekly online news publishers, Die Zeit, sent out a 10-page long feature talking about ventilating. They include scientific aspects behind that and also tips to do it through winters.

Martin Kriegel, an air current analyst and engineer from Technical University, Berlin, spoke to Die Zeit. He said that there is sheer proof about air quality at offices and how it correlates to the number of days their workers take leave due to sickness.

How will schools in Germany include air circulation practices?

For years, schools have been the testing ground for people to understand how to live with diseases. Now, even they have included the practice of ventilation. At a recent gathering for education ministers in Germany, 16 states talked about ways to ventilate classrooms.

READ  Alexei Navalny Poisoned: Supporters Are Saying It Is a Controversy

There were five experts, including indoor air hygienists, aerodynamicists, and fluid mechanics, who educated the people of airing rooms for 20 minutes. It is mandatory to do so for five minutes during autumn and spring, and three minutes for winters.

Although the practice has been common for people in Germany, many think it is a reason to worry during winters. Many citizens can say that people die from cold, but they don’t die from bad smell. Thus, they might also be the people who wouldn’t want to open their windows during winters.

A primary school teacher of 34 from Cologne said that opening windows is often a complaint. Helen said many people oppose when windows are down in offices or inside a train. They complain is that it feels draughty. While many Germans like to open their windows, many obsess draughtiness. Moreover, this also the reason why many Germans wear scarves.

The lady follows the guidelines and ventilates her classrooms every 20 minutes. She said that he enjoys airing the rooms regularly, and she follows the same at home. Helen understands why it important to do it all the more during the coronavirus pandemic. But she is also concerned about keeping up with her kids during winter months while airing rooms.

Going to Gym During Coronavirus: Facts to Keep in Mind

Incredible Facts About Hockey Which Every Player Must Be Aware Of

The Most Common Property Survey Issues: What Could Lead To A Collapsed Sale?

When it comes to selling, the survey on your home is always the most nerve-wracking time. There are many hidden...