Deprecated: Optional parameter $default_class declared before required parameter $table_product_id is implicitly treated as a required parameter in /home/latestphonezone/public_html/lessconf/wp-content/plugins/aawp/includes/functions/components/table-builder.php on line 1261

Deprecated: Return type of WordPressPopularPosts\Container\Container::offsetExists($key) should either be compatible with ArrayAccess::offsetExists(mixed $offset): bool, or the #[\ReturnTypeWillChange] attribute should be used to temporarily suppress the notice in /home/latestphonezone/public_html/lessconf/wp-content/plugins/wordpress-popular-posts/src/Container/Container.php on line 50

Deprecated: Return type of WordPressPopularPosts\Container\Container::offsetGet($key) should either be compatible with ArrayAccess::offsetGet(mixed $offset): mixed, or the #[\ReturnTypeWillChange] attribute should be used to temporarily suppress the notice in /home/latestphonezone/public_html/lessconf/wp-content/plugins/wordpress-popular-posts/src/Container/Container.php on line 83

Deprecated: Return type of WordPressPopularPosts\Container\Container::offsetSet($key, $value) should either be compatible with ArrayAccess::offsetSet(mixed $offset, mixed $value): void, or the #[\ReturnTypeWillChange] attribute should be used to temporarily suppress the notice in /home/latestphonezone/public_html/lessconf/wp-content/plugins/wordpress-popular-posts/src/Container/Container.php on line 61

Deprecated: Return type of WordPressPopularPosts\Container\Container::offsetUnset($key) should either be compatible with ArrayAccess::offsetUnset(mixed $offset): void, or the #[\ReturnTypeWillChange] attribute should be used to temporarily suppress the notice in /home/latestphonezone/public_html/lessconf/wp-content/plugins/wordpress-popular-posts/src/Container/Container.php on line 71
 COVID Vaccine for Pregnant Women: Is It Safe or Not?
Sign in
Welcome! Log into your account
Forgot your password? Get help
Password recovery
Recover your password
A password will be e-mailed to you.

Home News COVID Vaccine for Pregnant Women: Is It Safe or Not? 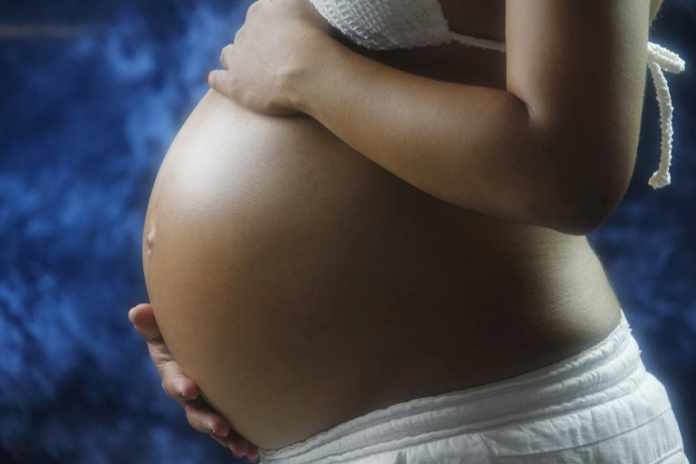 Finally, when the rolling out of the new COVID vaccine has started, restrictions can also come. Yes, not everyone will be eligible to get the vaccine shots. For example, in the case of the COVID vaccine for pregnant women or for the ones who are breastfeeding, eligibility depends on where they are living.  visit here

On the other hand, lactating or pregnant women were not at all considered during the testing of the Pfizer and BioNTech vaccines. As a result, the companies are stating that there is insufficient data to prove if the vaccine is safe for expecting women.

In the entire UK, the lack of proper allowance is why there is no eligibility for receiving the COVID vaccine for pregnant women and lactating. However, in the US, women are free to decide for themselves whether they want the vaccination or not. You will shortly know the difference of opinion between the two countries and why.

So far, the data available does not clarify much at all. According to Dr. Ruth Faden, there is no data as such whatsoever. She is a bioethicist at the John Hopkins University and a specialist dealing with pregnant women’s health and rights. She also adds that just like there is no evidence to prove the vaccines’ safety, there is no document stating otherwise, too.

According to Pfizer’s statement, it has done everything according to the FDA (Food and Drug Administration) ’s norms. Therefore, it is a rule that breastfeeding and pregnant women are not involved in any clinical trials. Moreover, women under such conditions cannot participate in clinical trials until a company thoroughly completes the DART (Developmental And Reproductive Toxicity) studies. The same experiment is often conducted on animals.

Was not involving pregnant women in the trial a right decision?

While experts suggest that this is customary, Dr. Faden means pregnant and lactating women must not go through the entire process. She adds that even if there is no pandemic, reasonable people won’t want to involve women due to such experiments.

Faden reveals that in her subject, bioethics, pregnant women are considered as a “complex population.” Moreover, no one more than the expecting woman cares for the baby. Therefore, the first question that an expectant mother will ask is if any experiment will be safe for her baby.

On the other hand, the decision not involving pregnant women in the full clinical trial is now backfiring to an extent. According to Dr. Emily Stinnett Miller, everyone is in a challenging situation right now. Miller is an obstetrician at Northwestern University and also an active part of the COVID 19 team.

Difference between US and UK opinion?

Regarding the vaccine eligibility story, UK is playing more on the safer side. On its official health platform, there is a clear announcement. According to the UK health experts, despite no evidence to prove the vaccine’s non-safety for pregnant women, they still want to wait. They believe that some more non-clinical data is mandatory to be entirely sure to involve pregnant and lactating women in the vaccination process.

On the other hand, the US is willing to take the risk by acting liberal. They are showing total trust in the vaccines. As a result, they have announced that the sole authority to decide whether to get a shot goes to the women. Moreover, both countries’ common opinion is that the vaccine has undergone all the testing steps, and they are safe.

So, what do the women do now? Well, they have to wait for some more time in both countries. Despite the US announcing women’s choice as the final vote, the vaccine makers want to be double sure. According to the Pfizer and BioNTech makers, the results of further trials will come soon. So, till then, they don’t prefer vaccinating pregnant and lactating women.

Why Did One Direction Break Up: All You Should Know

Is There a Link between Myocarditis and COVID Vaccines in Teenager